Traveling by train can be both exciting and exhausting all at the same time. Buying a ticket overseas is….well…confusing and exhausting all at the same time. When we finally decided to call the National Rail for our passes, after very confusing online info, we were told that children are free to ride on the train. Great! Simple!  What they did not tell us was that we still needed to purchase a ticket if we wanted them to have a seat- even if the ticket was at $0 cost. So if you are doing the same type of trip as us, remember, even if it is free, get your tots a ticket.  It became apparent quickly that my soon to be 3yr old was NOT going to ride on my lap and I was nervous about being in a cramped space with an active toddler.

The first leg of our 8 hr ride was pretty painless. There were some extra seats around us and the kids got to share the table with us. Activity bags wer

e great although messy at times. Snacks seem to keep my tot content and of course movies on the iPad. I have been blessed with a wonderful sleeper so when nap time came around he cozied up to me and slept. I was able to enjoy the scenery some and in a very American way complain about the lack of air conditioning. In all fairness we were there during a “heatwave” which is the equivalent to early fall in Atlanta… but in Atlanta we have a/c EVERYWHERE! Still very painless and my complaining was mostly in my head.

Somehow, someway, Abe managed to sleep his way through all of the madness of transferring trains and slept for most of the time on the second leg of the trip. Once we continued on into Inverness, the train began to empty and we were all comfortable in our seats. This is around the time we were informed that the hubs yet again managed to get a first class seat but this time we quickly joined him. We saw the beautiful countryside of Scotland including the sunset as we enjoyed our hot tea and Abram settled into a movie.

wouldn’t ride another commuter train until about 5 days later when riding from Inverness to Edinburgh. This was a tad less stressful- nope actually it was just as stressful. We had to drive from our country house back to the Inverness train station and separate from the spouses again so they can return the van. We had plenty of time but no reserved seats and I just kept wondering how my son will nap without the comfort of my lap. This is where I can not stress enough the unified kindness that we are capable to posses no matter what part of the world we are in. Kind Scots let us sit in their seats and Abe got to sleep while we got to know a group of chatty friends on their way to Perth. They were celebrating with champagne, chocolate and exorbitant laughter.

We rode one last train 2 days later back to London only this time it was just the 3 of us. It was less hectic and quiet. I think we were seasoned by then and knew what to expect. We had plenty of snacks and drinks and conversation. Oh and by the way, I totally gorged on train station food. The bigger stations had some wonderful snacks and food options.  I was so envious of the people that get to travel between countries on a daily, weekly or monthly basis. I thought of myself being a college freshman who was visiting her parents for the holiday or an older woman who is traveling with her grandchildren from some other country far away. I imagined myself in so many scenarios as I overheard people talk to each other. A father taking his daughter to her mother after a weekend visit. A student traveling across the UK. A mother fussing over her son in a language I do not understand and then there was us, a mom and son talking about castles, bad guys and swords. 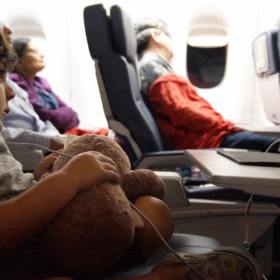 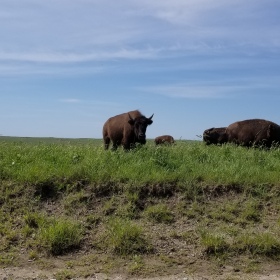